Check the spelling of your keywords or trying using more general search terms.

This article provides information on the individual details provided for a specific campaign and its progress.

A Campaign is created to help raise money for a designated period of time and is tied to an overarching Fund.  The status of the campaign's progress can be viewed at any time.

Here are the steps to locate and view Campaign Details:

Note* The campaign details are located at the bottom of the Fund card. 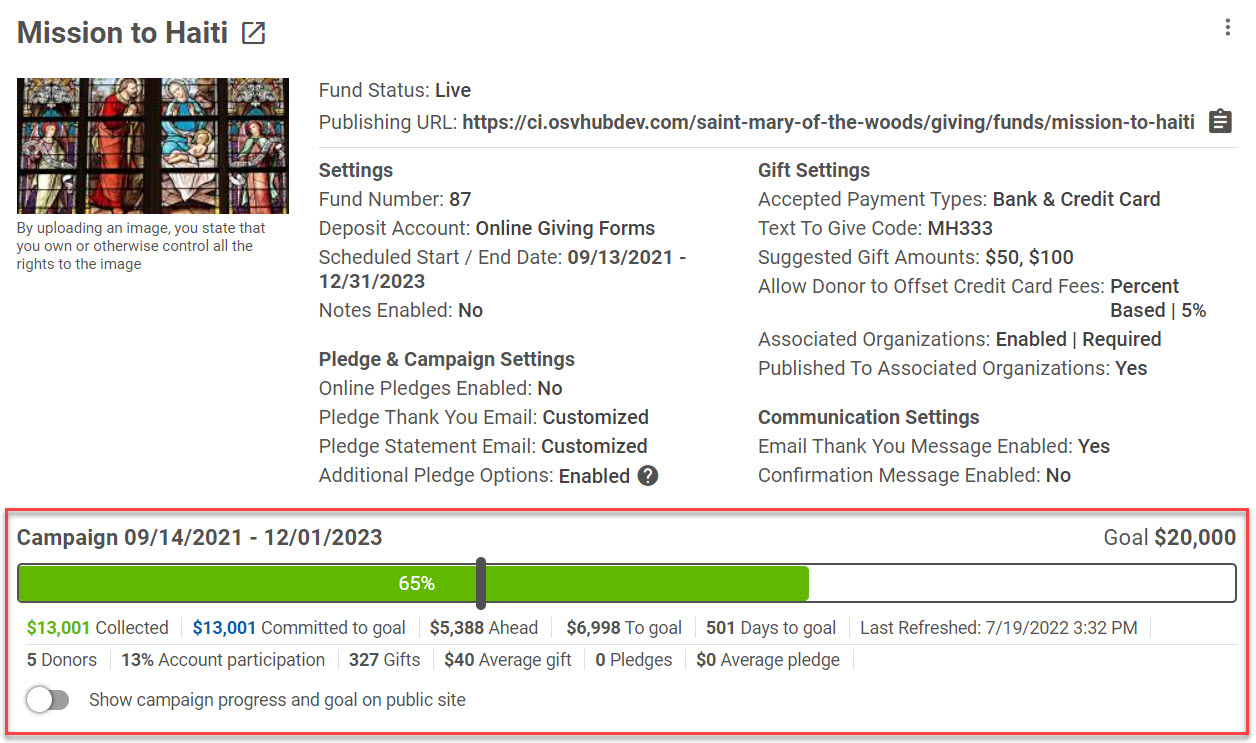 Check this out to see more information on Campaign Dashboard Cards or Campaign Reports.

Note* Visual steps are best viewed at full screen. Click Esc on your keyboard when you are finished viewing.